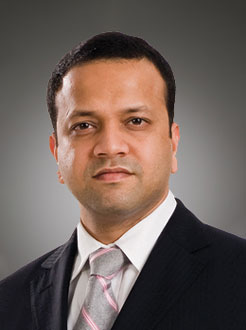 Mr. Garg is Managing Director of Secretariat’s Asian operations. For the last ten years, he has been involved in providing advisory services to Asian clients from Singapore and Hong Kong. Prior to moving to Asia, Mr. Garg was based in the USA for around a decade, where he worked directly in the construction industry, performed industry research and provided dispute advisory services at firms such as Pricewaterhouse Coopers, KPMG and Navigant Consulting. Mr. Garg specializes in construction disputes and has extensive experience in performing delay analysis, measuring productivity and reviewing project delivery systems. He has performed analyses on several large international disputes on projects primarily in Asia, Australia and Middle East. His experience ranges across a wide range of projects with a particular focus on transportation, oil & gas and energy projects. As part of these engagements, Mr. Garg has served as an expert and has been appointed in arbitrations under ICC, AAA, HKIAC, ICSID, SIAC, DIAC, KLRCA and ADCCAC. He has also been involved on engagements related to assessment of insurance claims and project controls.

Prior to working in construction consulting, Mr. Garg worked as a designer and construction manager on large commercial projects. His on-site experience includes performing project design, project management, and on-site coordination between contractors.

Mr. Garg has also conducted industry research on developing a new parameter for evaluating construction performance. He is an acclaimed speaker on construction programming and delay analysis.

Mr. Garg has completed the executive management programme at Harvard Business School. He has a master’s degree in engineering from Pennsylvania State University and a bachelor’s degree from Indian Institute of Technology, India.

Mr. Garg has been recommended as a leading expert in construction in Who’s Who Legal, the independent legal research guide and is an acclaimed speaker on scheduling practices.