The Impact of Zero-Sum Games on Class Certification 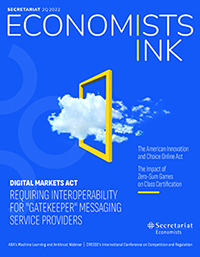 Also in this Issue

In a recent decision, Magistrate Judge Jacqueline Scott Corley of the United States District Court for the Northern District of California denied certification to a subclass of more than 200 professional swimmers seeking monetary damages.

District Judge Claudia Wilken of the same court also denied class certification of subclasses seeking monetary relief in the O’Bannon v. NCAA student-athlete name and likeness licensing litigation. In both of these cases, certain aspects of the athletes’ economic interactions can be characterized as zero-sum games, and this characterization played a central role in the denial of class certification.

Three champion swimmers sued the Fédération Internationale de Natation (“FINA”)—swimming’s international governing body—for antitrust violations related to FINA’s control over international swimming competitions. The swimmers claimed to have suffered economic damages in lost prize money and appearance fees as a result of anti-competitive conduct by FINA. In a parallel lawsuit, the International Swimming League, Ltd. (“ISL”) also sued FINA for the same conduct. Plaintiff swimmers alleged that FINA abused its dominant market position by pressuring national swimming federations to prevent athletes from participating in ISL events. With some exceptions, the proposed class included “[a]ll natural persons who are eligible to compete in swimming world championship and Olympic Game competitions.” Among these, a proposed subclass of 200 swimmers also claimed they suffered economic damages in the form of lost prize money and lost appearance fees, because FINA allegedly precluded them from participating in ISL competitions since 2018. All members of the subclass had a common goal of obtaining injunctive and monetary relief.

Participation in ISL events offered swimmer class members the opportunity to earn appearance fees and prize money. However, from the perspective of individual class members, the monetary rewards offered by the ISL are a “zero-sum game.” In its purest form, participants in a zero-sum game share no common interests, and any monetary gain of one participant comes at the expense of the monetary gains of other participants. Here, selected participants in an ISL event would earn appearance fees that otherwise would be earned by other eligible swimmers not invited to participate. Similarly, prize money that would be awarded to top performers would come at the expense of swimmers that would not perform as well. Within this framework, for an individual swimmer to claim economic harm equal to the appearance fees from an ISL competition requires proving that a swimmer would be selected to participate in an event, which in turn implies that at least some other class members would not. Analogously, claiming damages equal to a particular prize from an ISL competition would require proving that a swimmer’s performance would be sufficiently better than other participating class members to qualify for that prize.

Judge Corley considered the zero-sum game perspective and the possible conflict of interest between named plaintiffs and other prospective class members. According to Judge Corley, to prove damages assuming no FINA interference “would necessarily involve arguing that other swimmers in her club would not have been selected to swim, that she would have beaten the swimmers she raced against, and that other clubs would not have performed as well as her club over the course of the season.” Judge Corley concluded that “[t]hus, each class member’s interest in maximizing her own damages is antagonistic to the same interest on the part of other class members.” Judge Corley highlighted the inherent conflict of interest class representatives face and rejected certifying the proposed class, because named plaintiffs could not provide an adequate representation of all other class members’ interests.

This type of conflict sometimes may be resolved by further breaking the proposed classes or subclasses into narrower subclasses in which members do not face conflicts of interest. However, in the FINA litigation, the creation of narrower subclasses would not eliminate the conflicts of interest—each individual member of the proposed swimmer class still would have antagonistic interests with respect to all other rival swimmers.

Consistent with their theory of a group licensing market, plaintiffs in O’Bannon v. NCAA proposed a damages model of equal sharing. In this case, Judge Wilken did not deny class certification due to antagonistic interests in calculating damages. Rather, class certification of the proposed class for monetary damages required identifying class members that suffered economic harm as a consequence of the NCAA’s conduct. In considering the composition of the class, Judge Wilken recognized that substitution effects were present, because the availability of a fixed number of scholarships creates a zero-sum game where participation by one athlete comes at the expense of another. Absent the alleged misconduct, greater financial incentives would change certain athletes’ decisions to turn professional–some of these athletes would remain in college and earn roster spots at the expense of other class members. Because plaintiffs failed to propose a methodology for determining the composition of the class for back-pay monetary damages, the proposed damages class was denied.

Zero-sum games were central to the denial of class certification in both of these cases. In the FINA litigation, swimmers faced fundamental conflicts of interest to advance their damages claims. In the O’Bannon v. NCAA litigation, the zero-sum nature of scholarship awards did not undermine plaintiffs’ damages theory or the validity of plaintiffs’ proposed equal allocation rule to distribute an eventual monetary award. However, Judge Wilken found that the zero-sum nature of scholarship awards introduced uncertainty about the actual composition of the class through substitution effects that were not resolved by plaintiffs in that case. These cases not only highlight the impact of zero-sum games on class certification, but that there may be different reasons for the zero-sum games’ impact on class certification. 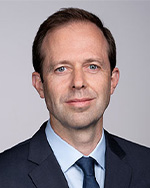